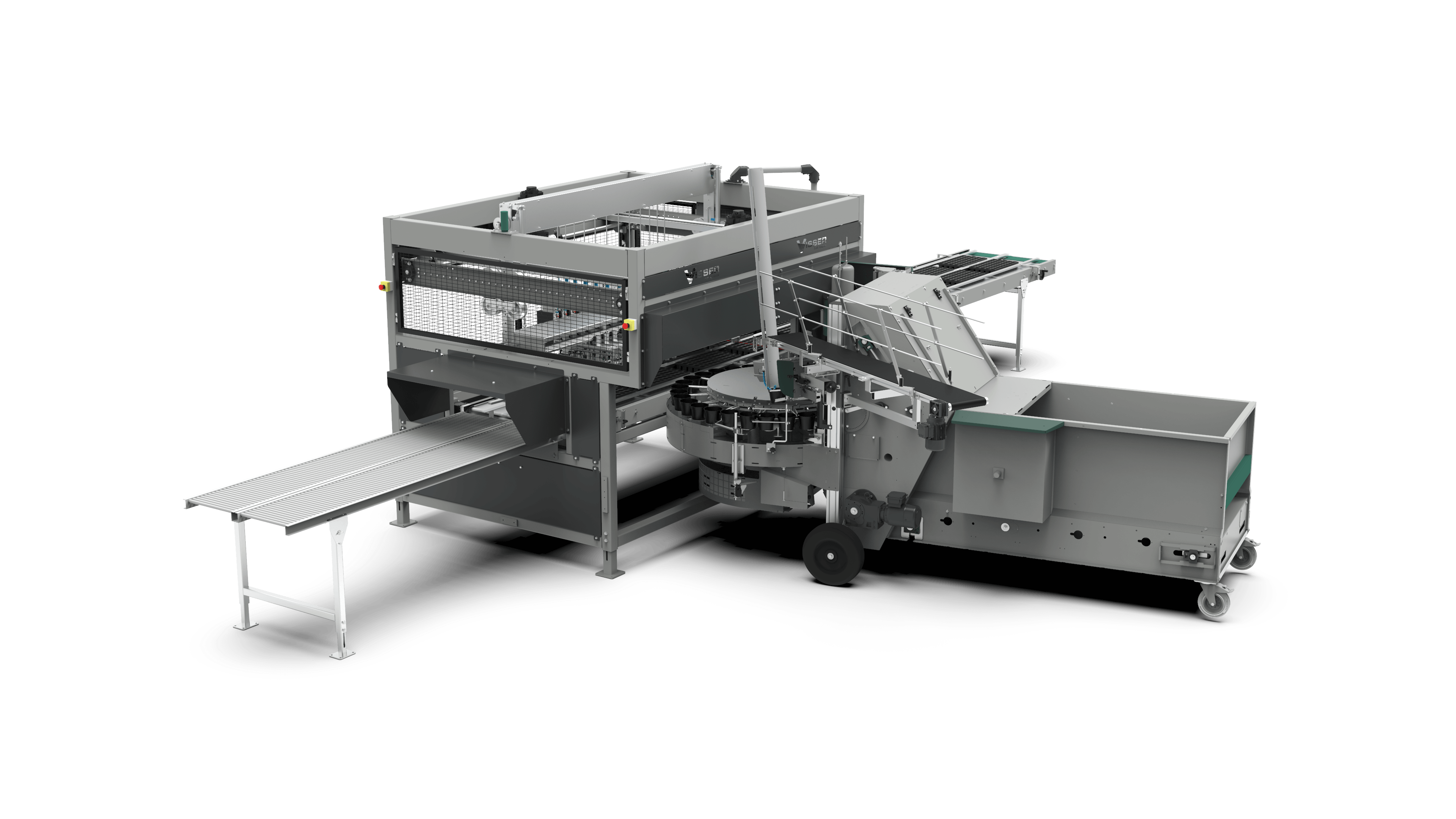 The Irrispray Omega is a transportable overhead irrigation and spraying system. The watering boom will automatically run the set program when positioned in the bay. It is semi-automatic as the overhead transfer trolley can be manually transported from bay to bay via the central path. 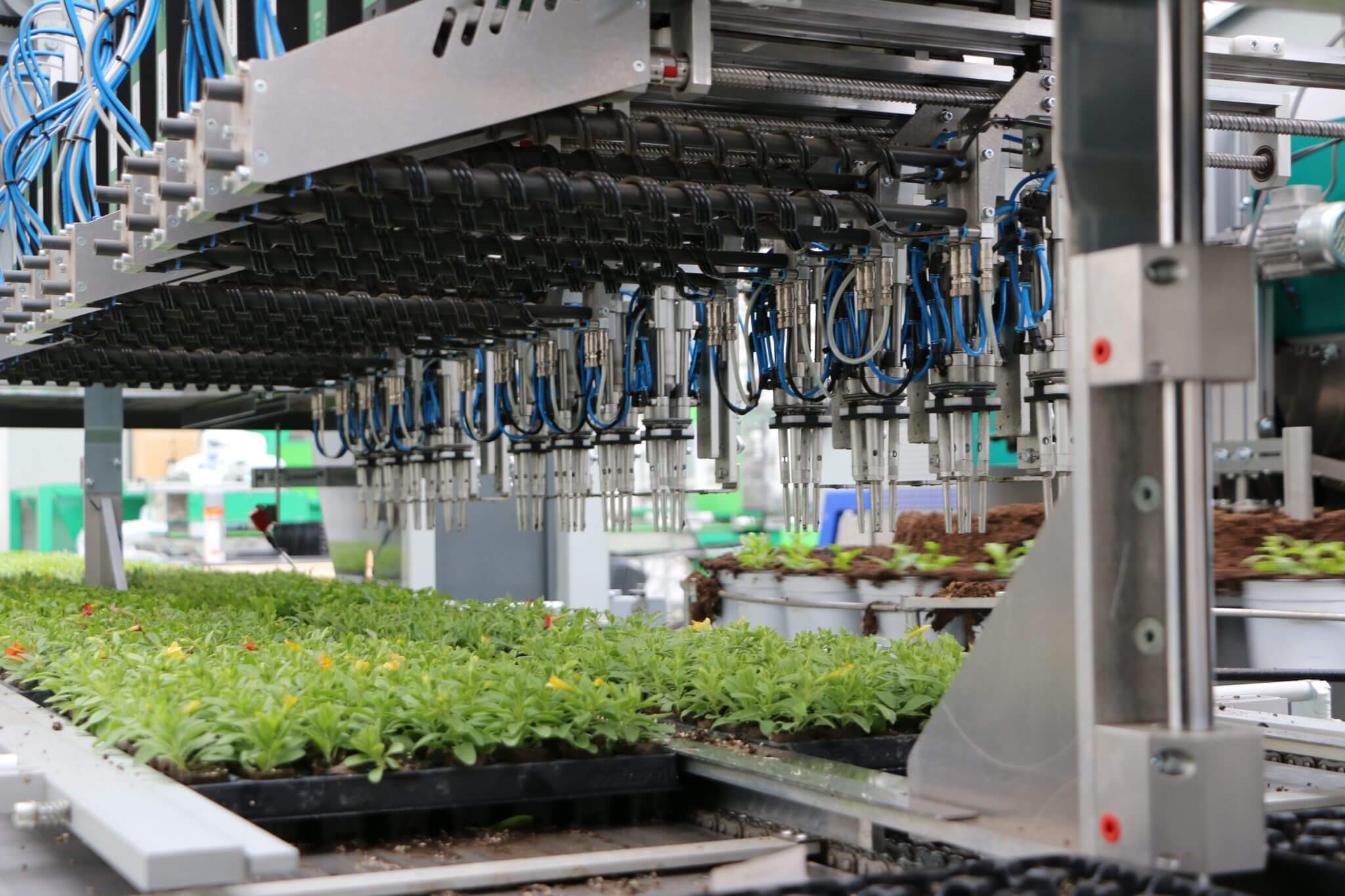 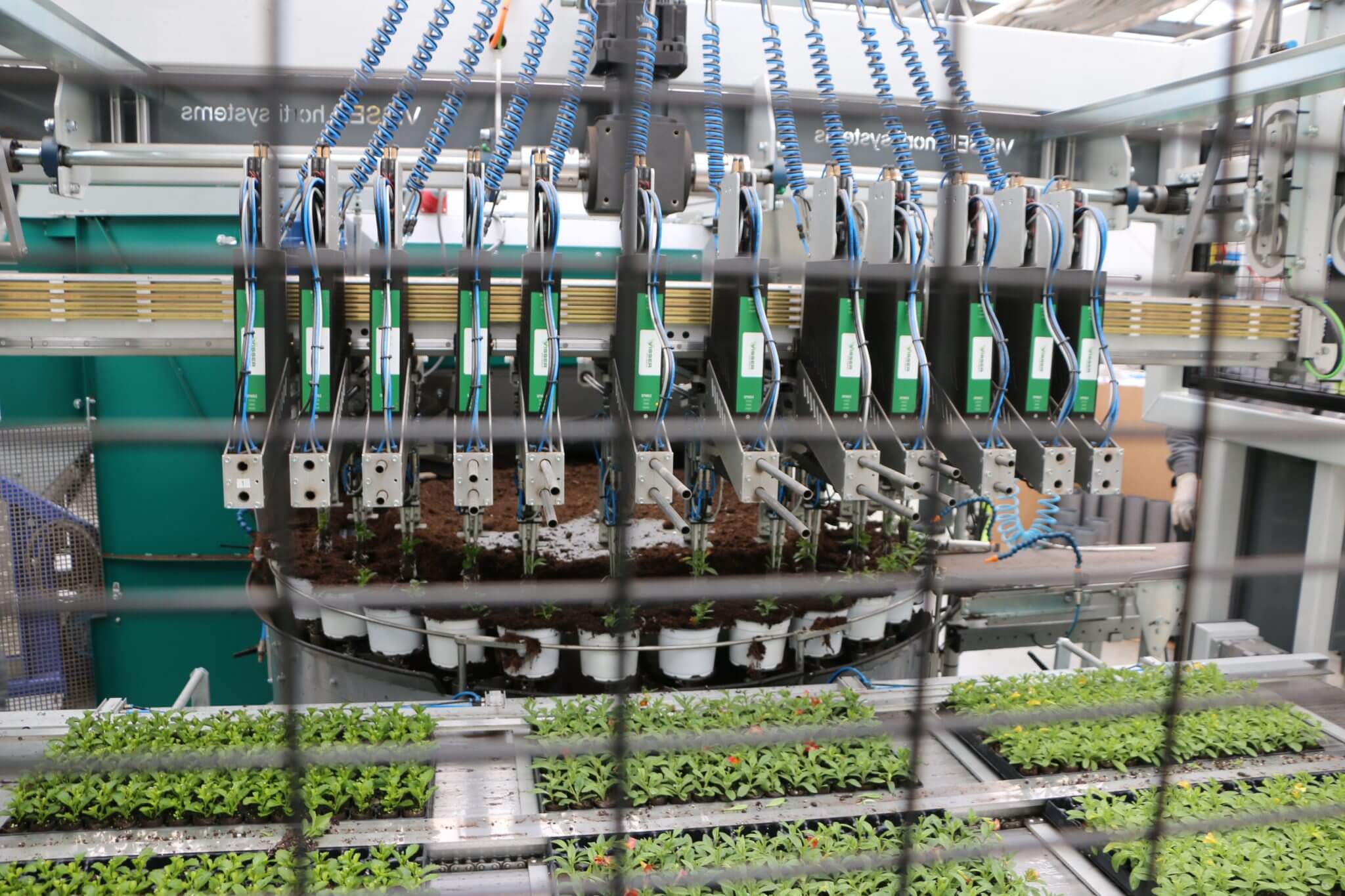 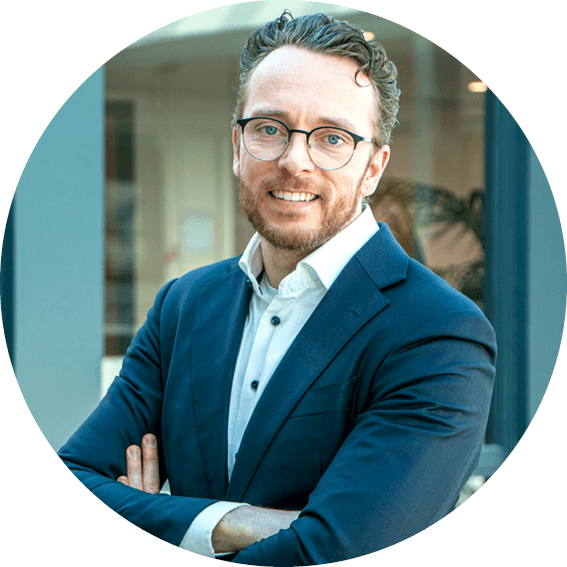 Let's start your new project together

The Irrispray Omega is a portable system for watering and spraying applications. When the boom is positioned in the bay, the boom will automatically run the set program. On top of the Irrispray Omega, the dosing unit includes a Dosatron, an electric-driven mixer, and an additional tank to apply crop protection and pesticides. The boom height above your crops is adjustable to the crop height for consistent watering of each sector.

The Irrispray Omega consists of a driving unit that will drive over one or two pipes in the bay. The Irrispray Omega is semi-automatic, as transportation from bay to bay is manual. The system uses an overhead transfer driving over two pipes above the central path. This creates spaces on the path since it is a hanging system. Using the extra pipes on the transfer trolley, the watering boom can be transferred from the left side of the path to the right side.

Using a manual turning device, the gantry can be turned 180 degrees while the trolley remains in its position. The Irrispray Omega uses magnets to detect whether the end of the rails has been reached. The rails may either be existing heating pipes or steel galvanized pipes. The Irrispray Omega has a water-driven dosing pump. A hose assembly will feed the drive unit and the watering boom. The hose will be guided through special filtered hose carriers. 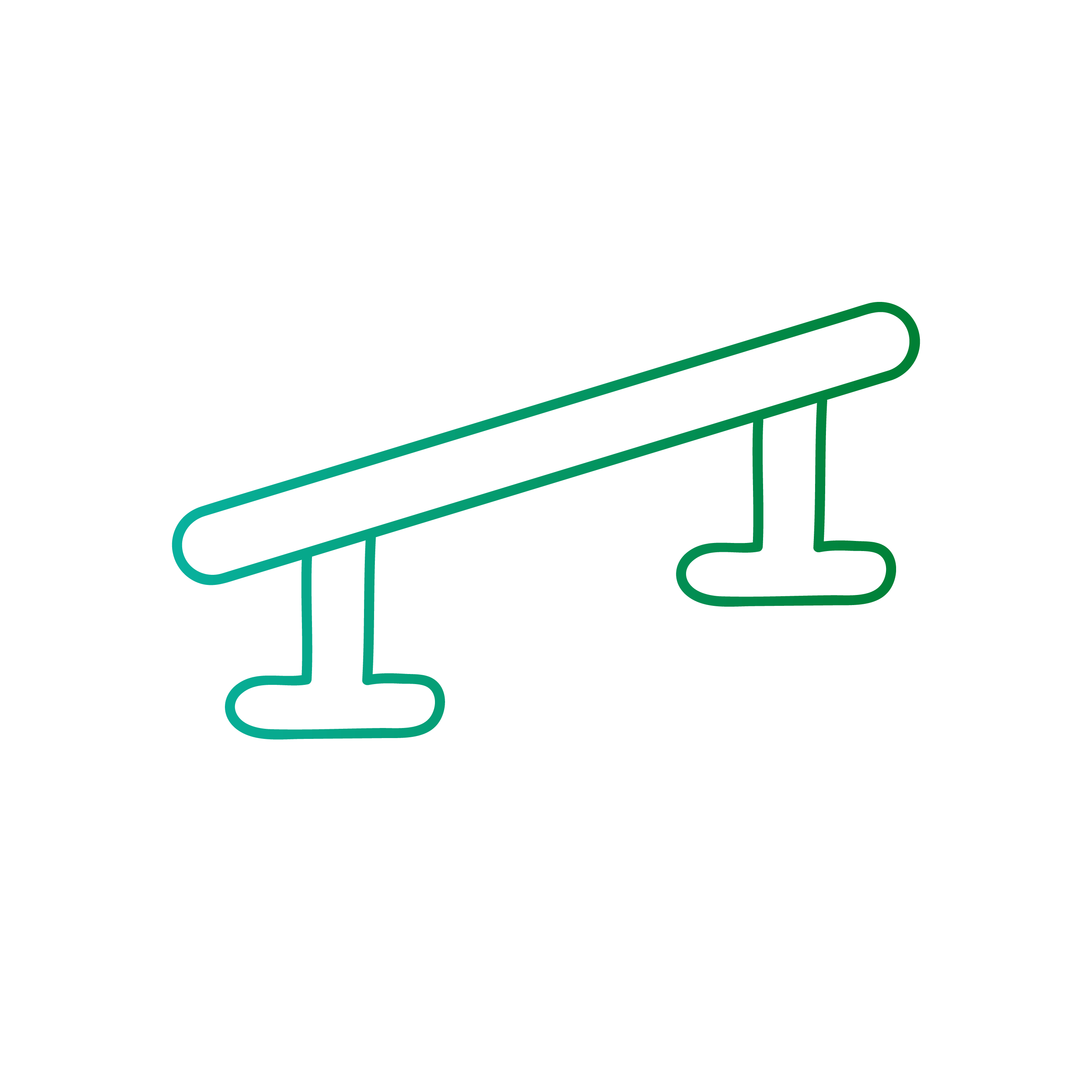 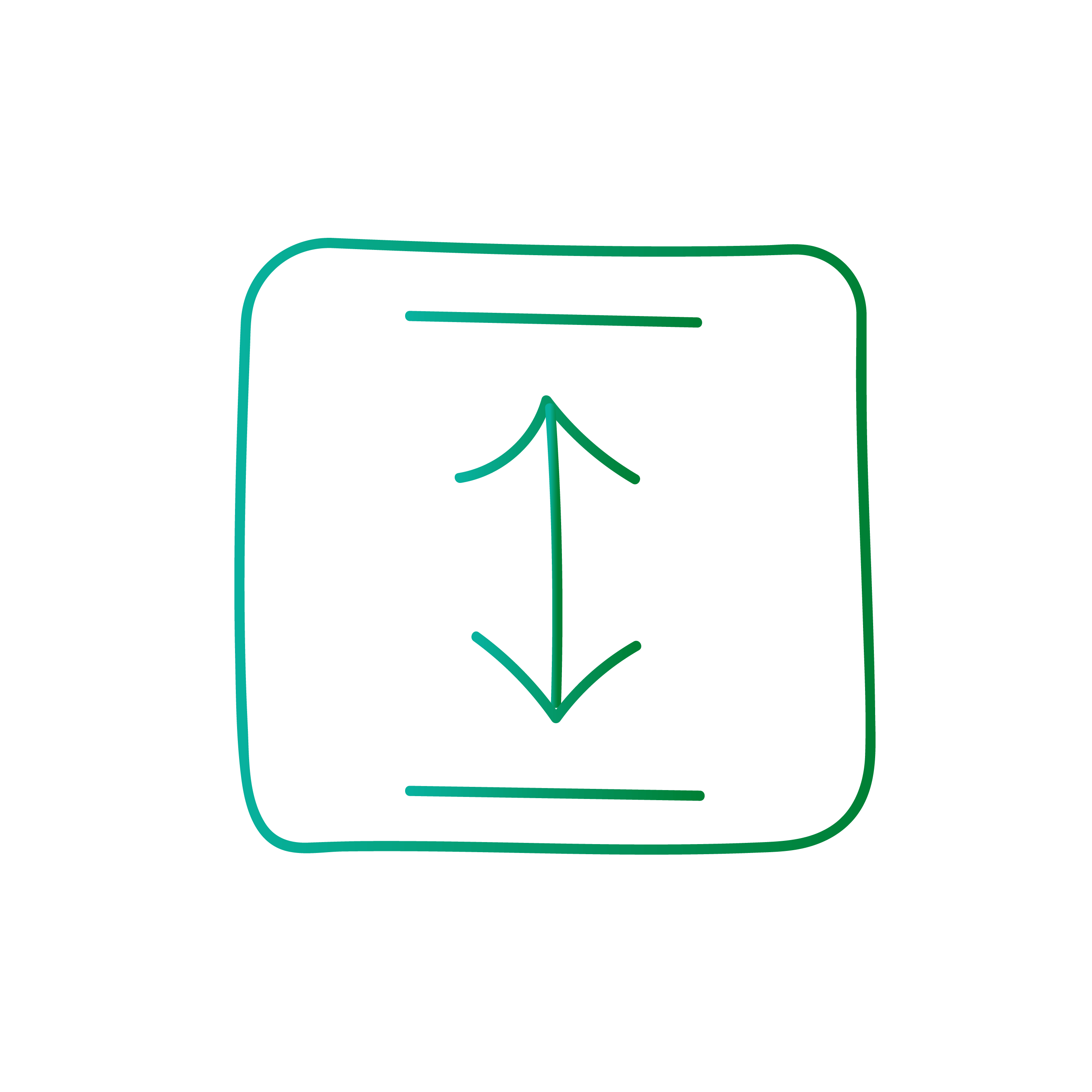 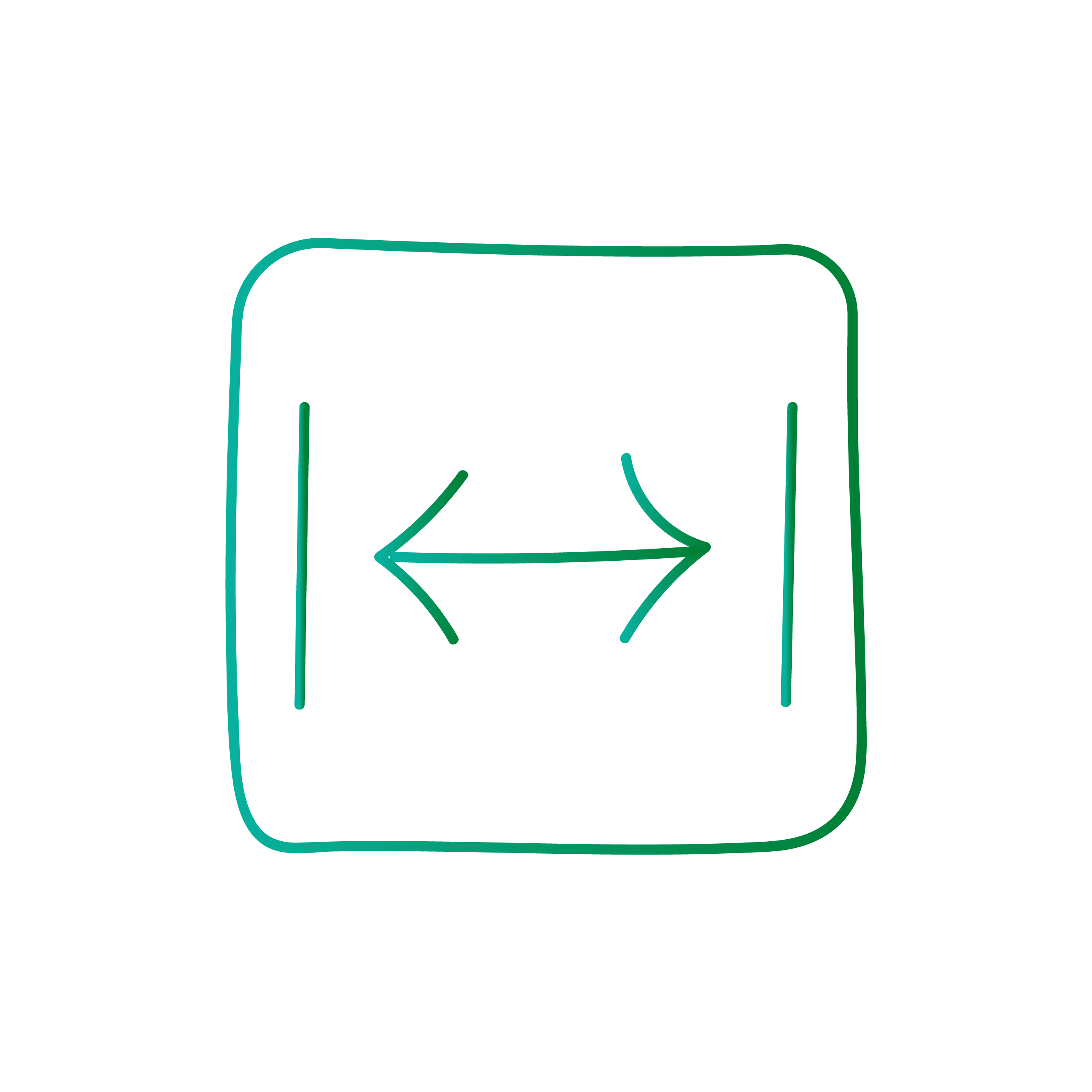 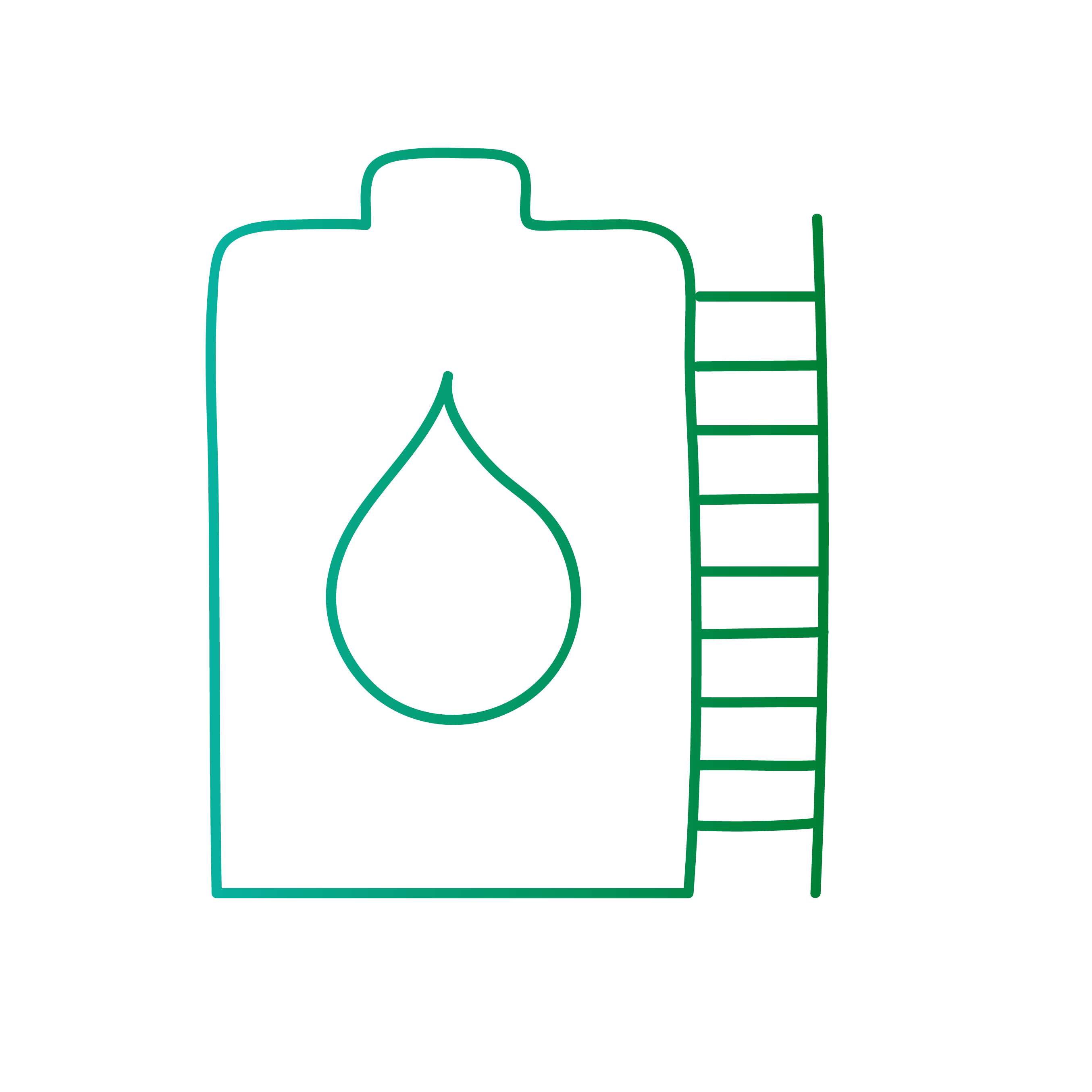 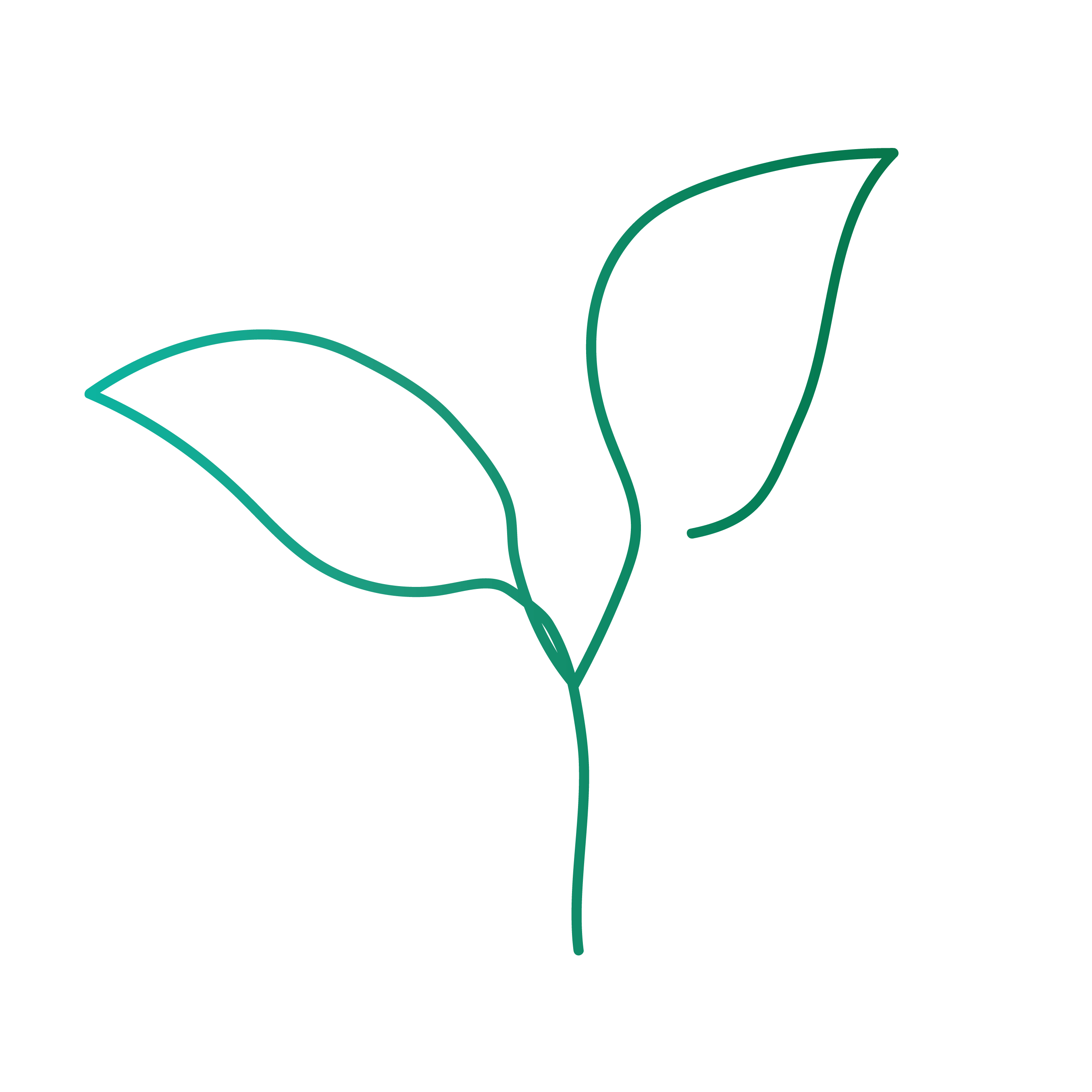 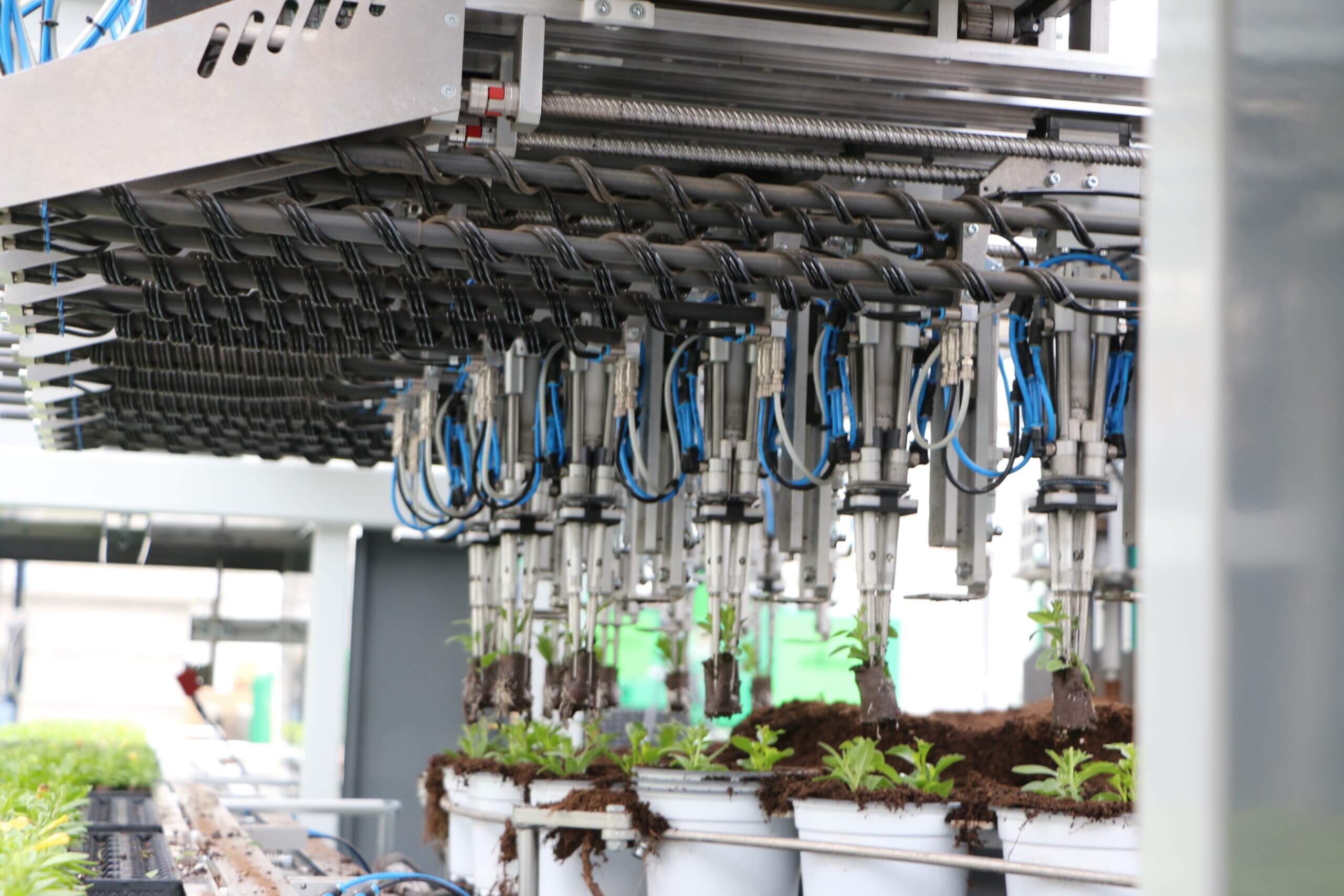 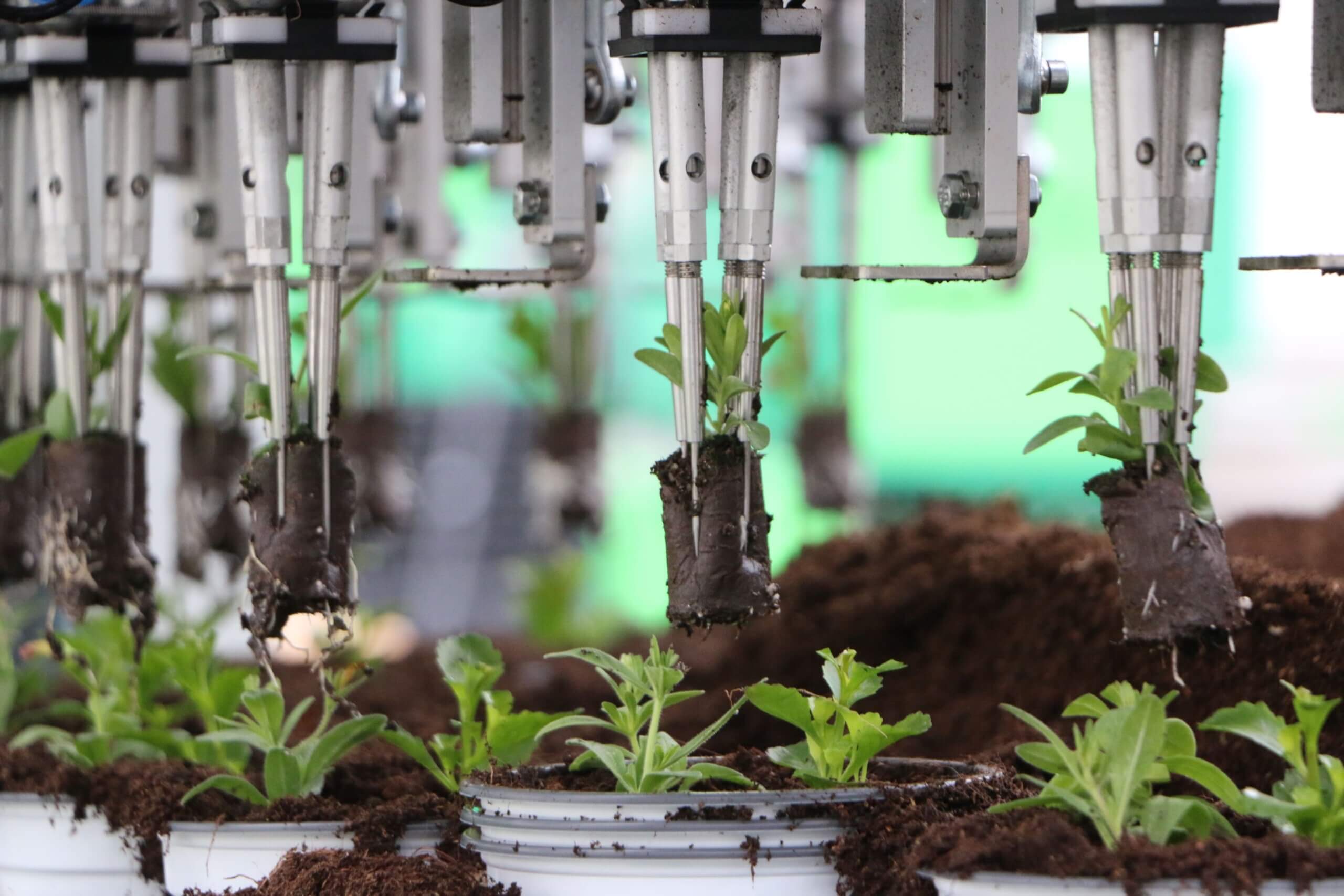 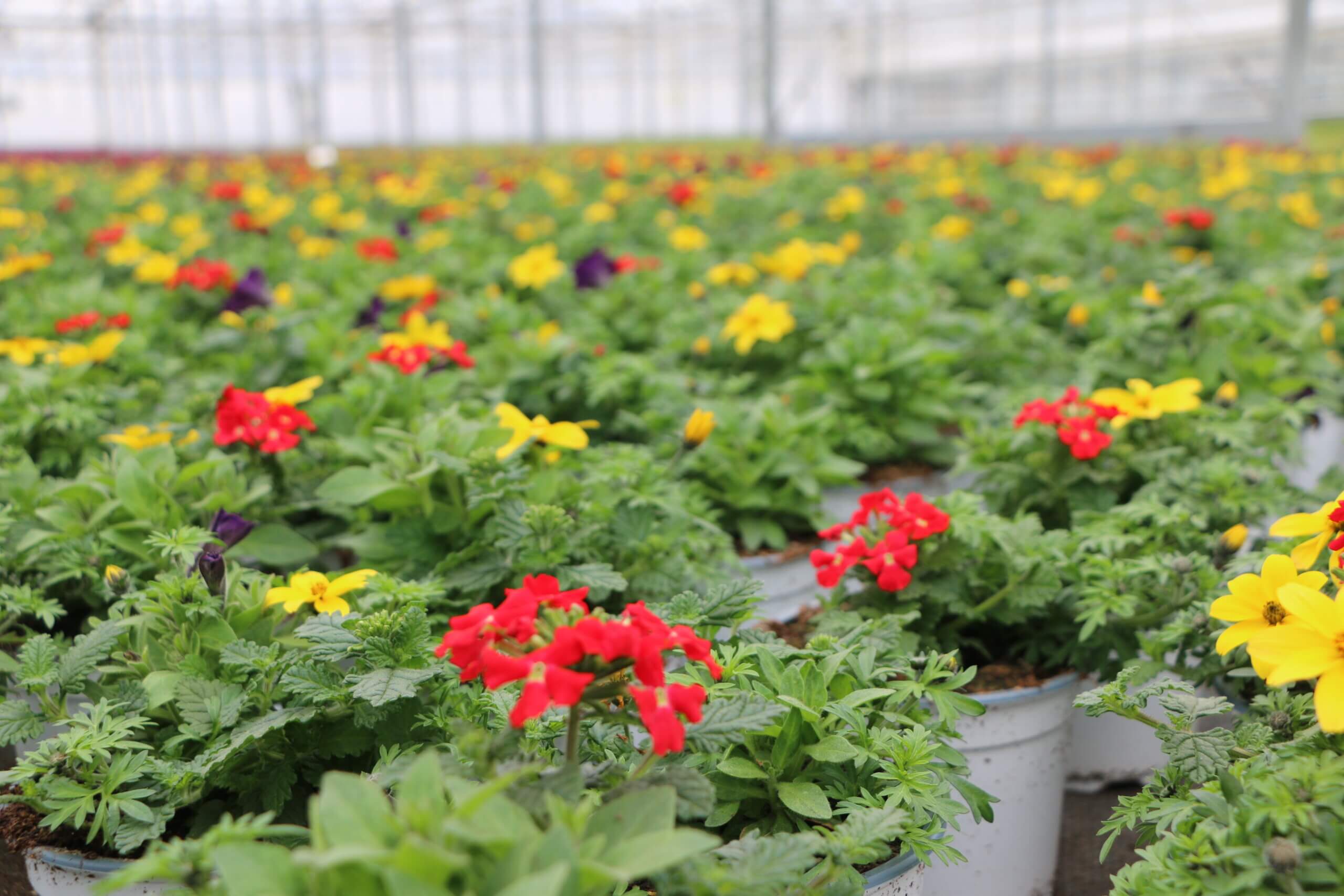 Runs on our existing heating pipes! 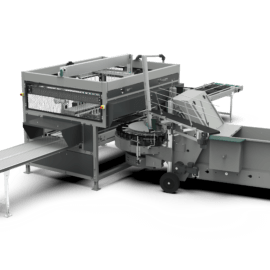