Three fully automated storage systems, dozens of shuttles which operate simultaneously, and one professional software infrastructure ensure Vergeer Holland is ready for the future. The Dutch cheese company supplies naturally ripened cheese, as well as foil cheese and many delicious varieties such as Gouda, Edam and Maasdam varieties! Thanks to a high level of Viscon automation Vergeer is able to connect all of its processes to each other. This involves the treating, ripening, buffering, cooling and processing of cheese. This results in a very efficient and flexible process flow.

With a 25-meter high, 9-layer warehouse Vergeer Holland is preparing for the future! The cheese company is currently having a new distribution centre with high-level automation built in The Netherlands. Let’s follow Wouter van den Berg in his first construction update at Vergeer Holland. 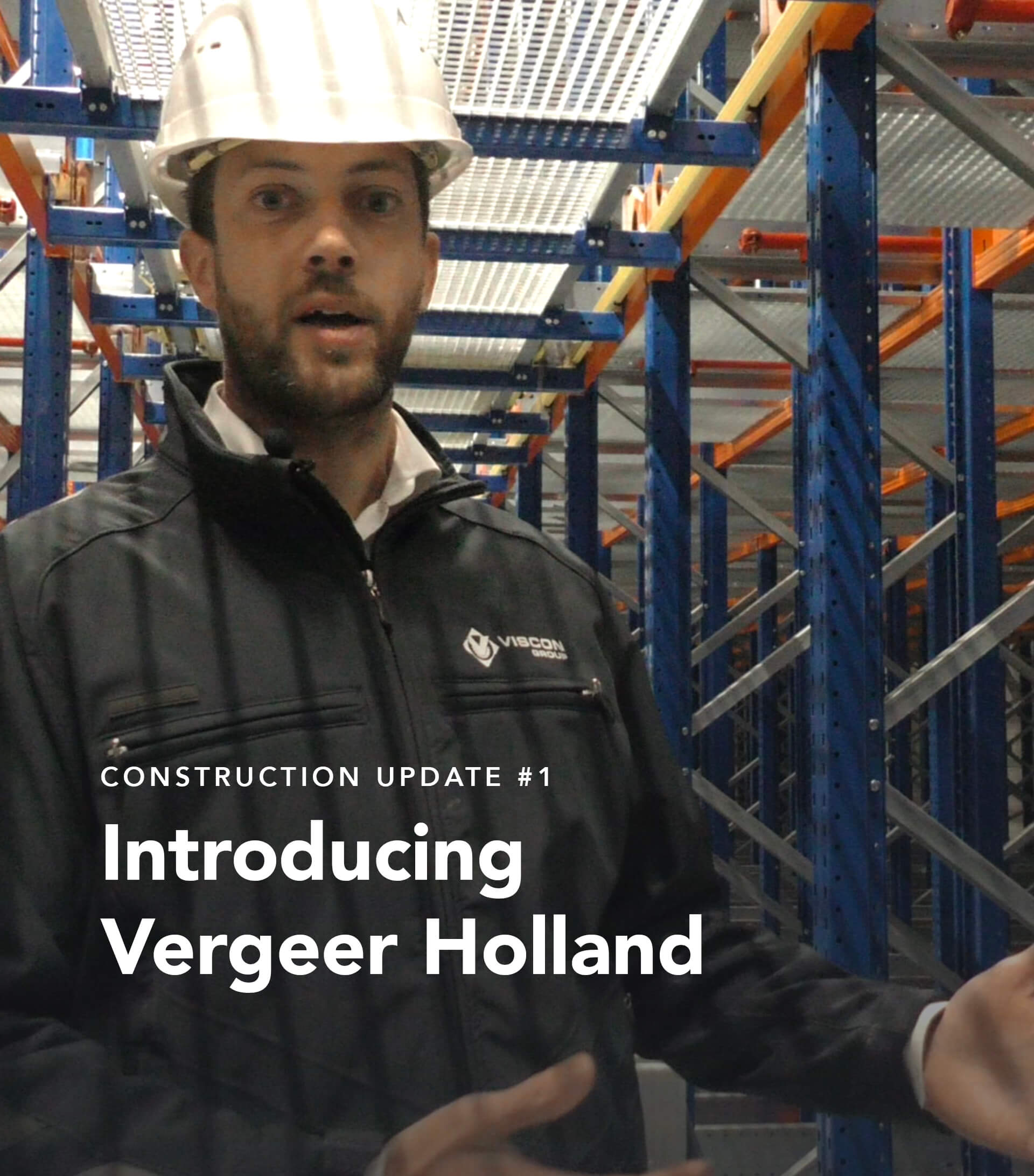 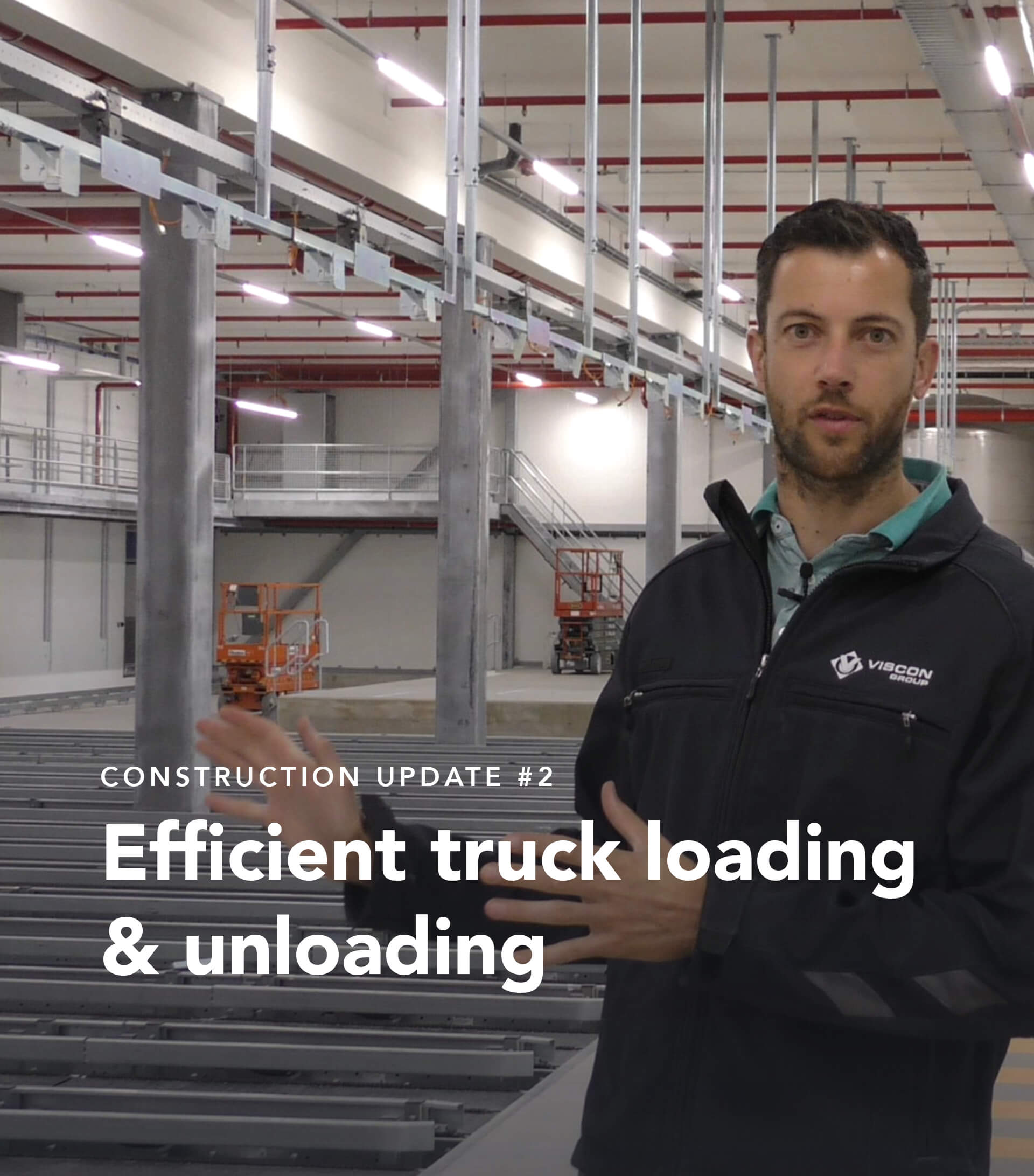 Up to 7 truckloads can be prepared fully automatically to load or retrieve trucks very fast! In the second construction update Wouter van den Berg shows you the continued construction of the expedition area at Vergeer Holland. We show you around the buffer lanes and a 10-layer warehouse which makes Vergeer’s facility much more efficient and flexible!

Follow our journey at Vergeer Holland where Wouter van den Berg takes you on a tour! The testing phase just kicked off. A special addition to this project has been the connection of logistics control software (VLC). VLC provides all required functionality to manage the product flow as efficiently as possible. 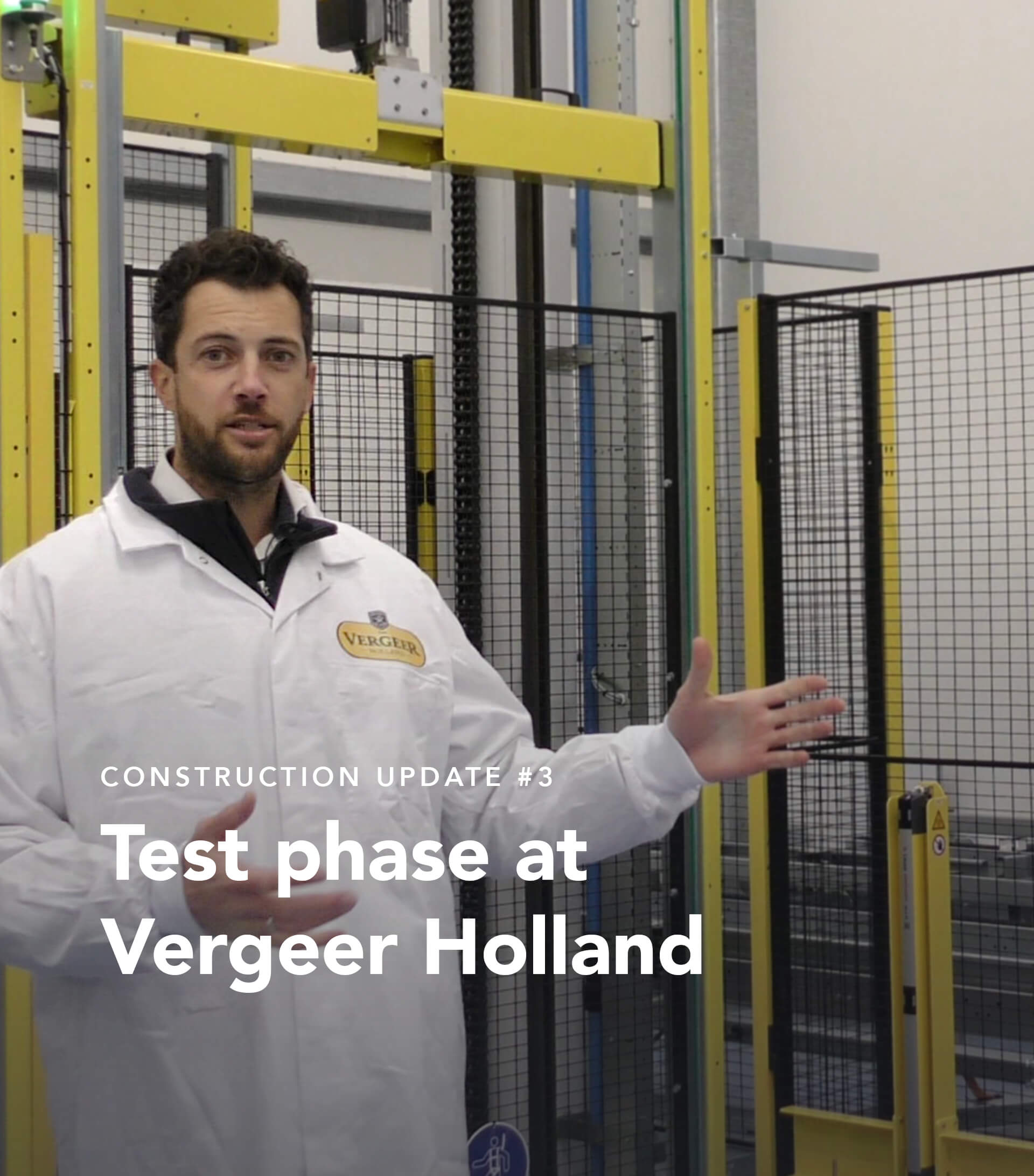 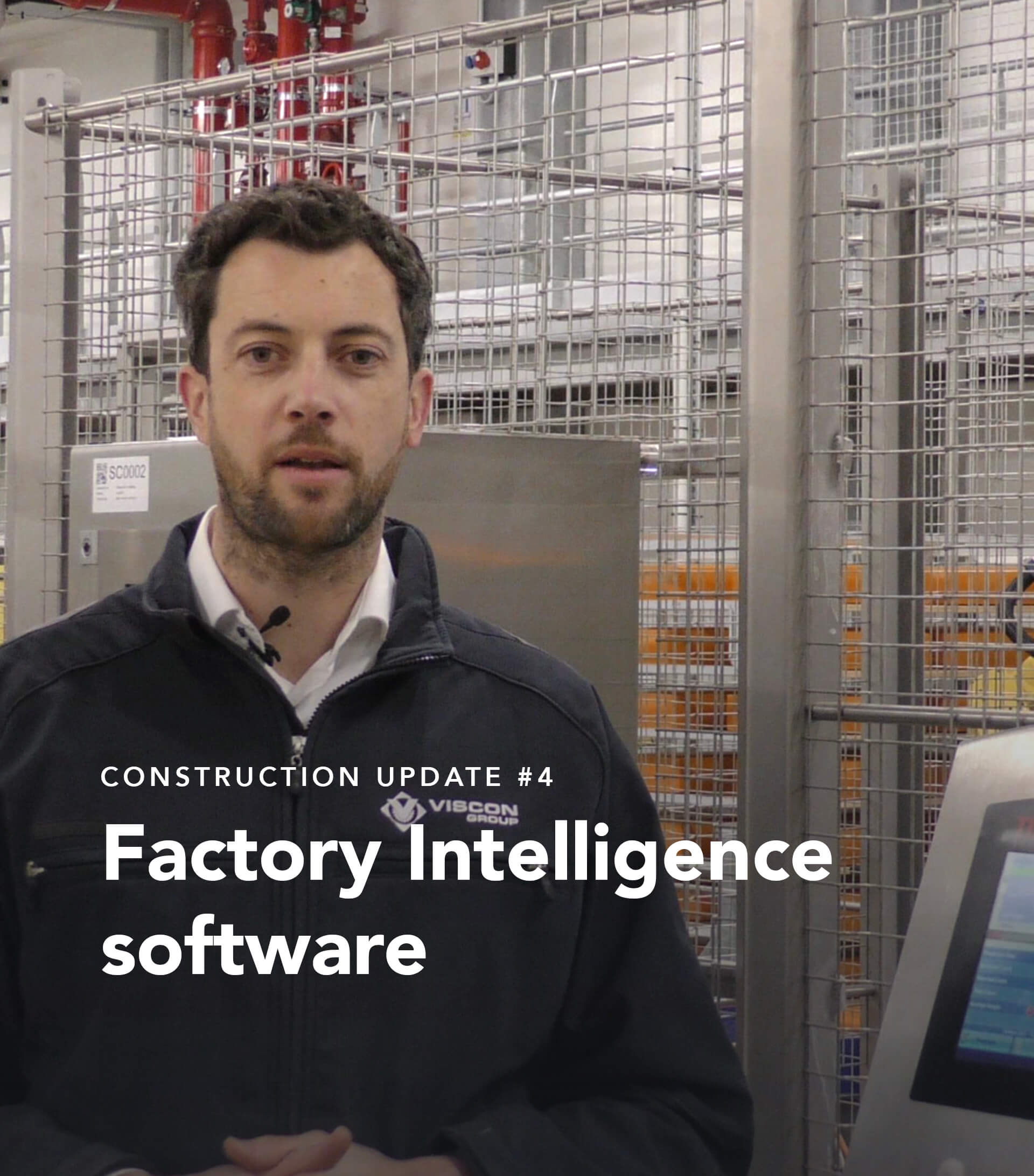 Do you wonder which advantages software can bring to your factory or packing center? In this video Wouter van den Berg explains how Vergeer uses Viscon Factory Intelligence to optimally control and manage their warehouse and production processes. 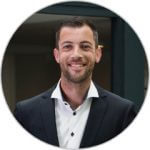