Visser, ViVi, and Aimfresh are now thriving together as Viscon Plant Technology

As the first in the Dutch fruit cultivation sector, Fairplant in Emmeloord will soon be producing blueberry plants from tissue culture. Together with tissue culture specialist ViVi, the company has designed a high-tech laboratory for this purpose. This is in line with the increased demand for good quality plant material, especially for large-scale crops, tropical fruits and berries. 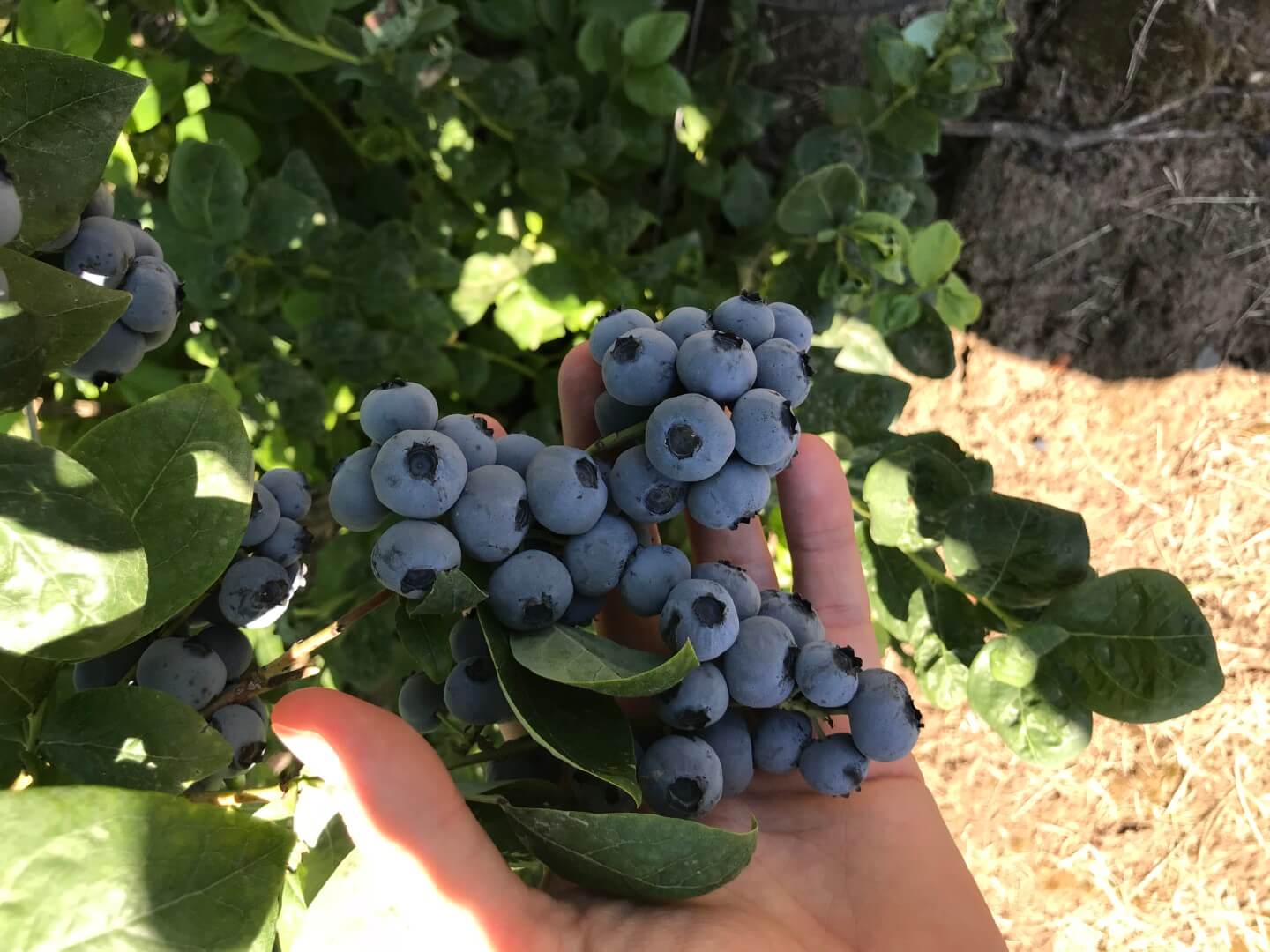 Fairplant in Emmeloord has been specializing in the cultivation of plants and rootstocks for fruit cultivation since the eighties. In the upcoming autumn, it will be the first company in the fruit cultivation sector in the Netherlands to start using a tissue culture laboratory for, amongst others, blueberry plants.

Tissue cultivation has the advantage that the lead time for propagation is relatively short and that it produces uniform, high-quality plants that are disease-free and comply with all phytosanitary requirements thanks to the sterile laboratory conditions. Until now, the disadvantage with propagation by means of tissue culture has been that it was a labour-intensive process.

Located in the Noordoostpolder, the company had no previous experience with tissue cultivation, which is why it started collaborating with tissue cultivation specialist ViVi, who are part of the Viscon Group. They developed a plug-and-play system with a high level of automation, allowing for a significantly lower cost of labour compared to traditional cultivation systems, while maintaining the quality. “There is little land needed to set up a laboratory. This makes it even more attractive because of the associated pests and diseases, as well as high property prices”, according to Fairplant’s Rik Klein.

The new Fairplant tissue cultivation laboratory will be set up in three 40-foot containers that will only require level ground, electricity and a water system. According to ViVi’s Daan Mansfeld, the advantage is that it is not necessary to set up cleanrooms in an existing or new building. The containers provide space for cutting blueberry plants, preparing nutrient media and multilayer cultivation under controlled conditions.

A spokesman for Simply the Bes, a collective in which almost all Dutch blueberry growers are united, views the initiative with interest. According to him, the quality of their plant material is the most important factor for the affiliated growers, and not so much the way it is produced. Klein sees the partnership between Fairplant and ViVi as an opportunity for both companies to develop new techniques and the right efficiency improvements for the future. The aim is to put the new growing system into operation in September, or possibly as early as August.

The laboratory where six people will initially start working, has a production capacity of 1 million plants per year. The container system can simply be extended by adding new containers. Klein: “Eventually, we also want to use tissue culture to bring other starting materials for tree and fruit cultivation to the market.”

Mansveld says ViVi started developing automated tissue cultivation laboratories four years ago with the associated protocols and knowhow. In the Dutch fruit cultivation sector, there has been little demand so far, due to the good quality of the plant material derived via traditional propagation methods such as sowing, cutting and grafting. In other regions, such as the United States and Asian countries, propagation by tissue culture was certainly needed. 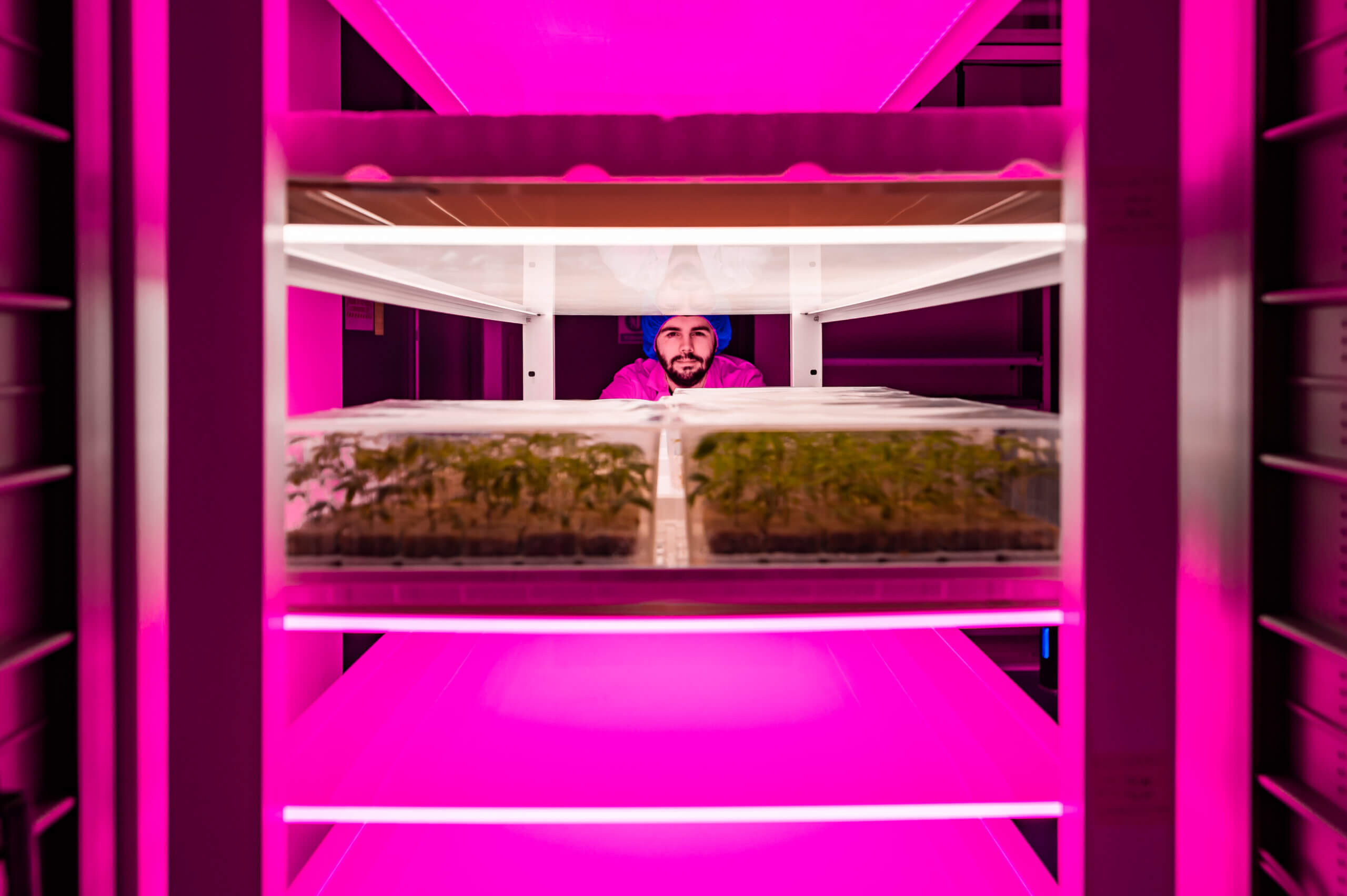 ViVi has delivered 25 ready-made tissue culture labs around the world in recent years. “We have just completed a large lab in China that can produce 85 million blueberry plants annually”, says Mansveld. He expects the demand to increase over the coming years.

This is in line with the Rabobank publication Micropropagation’s Huge Growth Potential of September 2019 which states that the expected growth in the production of good quality plant material is between 5 and 10 percent per year. The annual production of plants from tissue culture is now between 1.5 and 2 billion worldwide, and the increased global demand for it applies mainly to large-scale crops and to tropical fruits and berries.

The demand is many times greater than the current production capacity and growth is stagnating due to increasing costs. Further automation could solve this problem.

Despite the expected growth of tissue culture facilities, Wageningen University & Research (WUR) does not yet offer a curriculum on this subject. ‘This is why ViVi trains its own specialists and researchers, facilitating contact with universities that do research into tissue culture, of which the Plant Transformation Facility at the University of California in Davis is the best known. ViVi also cooperates with researchers at the WUR and with other horticultural technology companies. Lambert van Horen, horticultural analyst at Rabobank, has noted that the coronacrisis has raised the cost of plant material from tissue culture somewhat. Air transport has become more expensive because of the drop in passenger flights, which means that transporting goods in the hold is hardly possible. This particularly applies to Dutch ornamental plant companies that have outsourced tissue culture for their propagation material to countries with low labour costs, often in Asia (India) or Africa.

Van Horen: “The recent blockage of the Suez Canal has made them even more aware that a supply chain with low stocks makes them vulnerable. Some of them have moved production to Eastern European countries, but even their labour costs are rising.”

Up untill now, Van Horen does not know of any other Dutch companies that focus on offering ready-made tissue culture production, including nutrient media, the required protocols and the necessary knowledge. According to him, their approach also offers advantages to investors from outside the horticultural sector who can enter without the necessary knowledge. 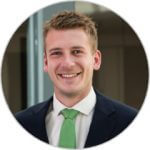 This also applies to tropical countries, where tissue culture in the cultivation of tropical fruits can increase quality and reduce disease pressure. This way, the use of chemical crop protection agents can also be reduced. Jan Harm Beukema runs a tropical fruit farm in Tanzania, producing bananas among other fruits. Because diseases in banana plants are a big problem in Africa, he started working with Maua Mazuri Tissue Culture Products, a subsidiary of the Dutch GrowPact, 2.5 years ago. “Propagation through tissue culture is a delicate operation and therefore very labour-intensive. By purchasing a number of bioreactors from ViVi, as well as further automation equipment, we will speed up the production of plant material and increase it by a factor of 2.5”, says the grower.

According to Beukema there may be some teething problems, because many farmers in Africa are quite conservative and wary of new techniques, which they quickly mistake for genetic modification. Training must take away this fear. Another problem is the market which, in the eyes of the Dutch, has been spoilt by aid organisations. They give away plant material free of charge, while farmers have to pay if it comes from tissue culture. This could possibly be solved by showing them in practice how much more yield they can obtain.

Finally, the interest rates at Tanzanian banks are sky-high and Dutch banks, according to Beukema, usually have little interest in agricultural projects in Africa. Although Van Horen says that Rabo Partnerships is active in various African coutries. In order to achieve the financing for the tissue culture equipment, Beukema has applied for a starters loan from the Dutch Good Growth Fund of the Rijksdienst voor Ondernemend Nederland, which has already been granted.

By 2025, Maua Mazuri hopes to be the Tanzanian tissue culture company that supplies high-quality starting material for banana cultivation at an attractive price, both for small and large companies. The aim is to eventually produce plant material for sugarcane, cassava and potatoes as well.

In a bid to stay ahead and to secure its future, Fairplant came up with the idea four years ago of propagating plants themselves through tissue culture. Due to increasing demand, the company now buys some of its blueberry plants from nurseries in other European countries. Rik Klein who has been working for Fairplant in Emmeloord since 2015: “This is not only difficult in terms of communication, but also their prices are going up and their quality is going down.” Fairplant has recruited a manager with 20 years’ experience in the tissue culture of ornamentals for the new laboratory.

“He has been following the ViVi tissue culture specialists for 4 months now and has access to the latest knowledge and techniques”, Klein explains. Because not everyone in the fruit cultivation sector is familiar with the homogene quality of tissue cultivation plants, Fairplant has established a demo field in Luttelgeest for adult blueberry plants that have been cultivated in the laboratory. “We want to introduce the fruit sector to healthy and certified starting material from tissue culture in all openness and transparency”, says Klein.

Credits to Nieuwe Oogst, for writing and publishing the original article (Dutch).